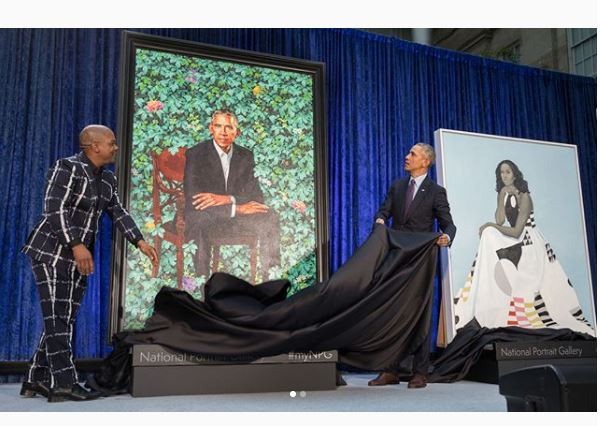 Former President Barrack Obama has unveiled his official Presidential Portrait which was painted by a Nigerian- American artist Kehinde Wiley.
The ceremony was held at the at the Smithsonian’s National Portrait Gallery in Washington D.C. on Monday morning.
An official portrait of his wife Michelle Obama was also unveiled and the gallery and it was painted by Amy Sherald, a Baltimore-based. 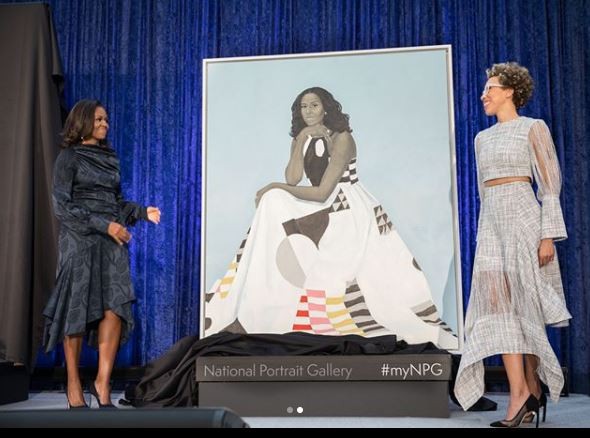 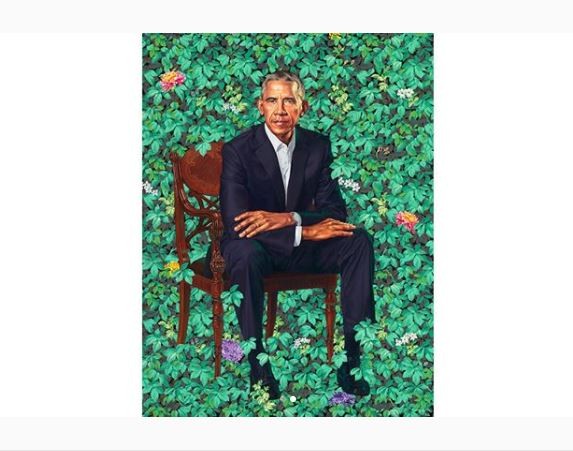 The former President also thanked Kehinde who’s born to a Yoruba father and an African -American mother.
‘Thanks to Kehinde and Amy, generations of Americans — and young people from all around the world — will visit the National Portrait Gallery and see this country through a new lens. They’ll walk out of that museum with a better sense of the America we all love. Clear-eyed. Big-hearted. Inclusive and optimistic. And I hope they’ll walk out more empowered to go and change their worlds,’ he added.
His wife, Michelle also shared her portrait which she described ‘overwhelming.’ 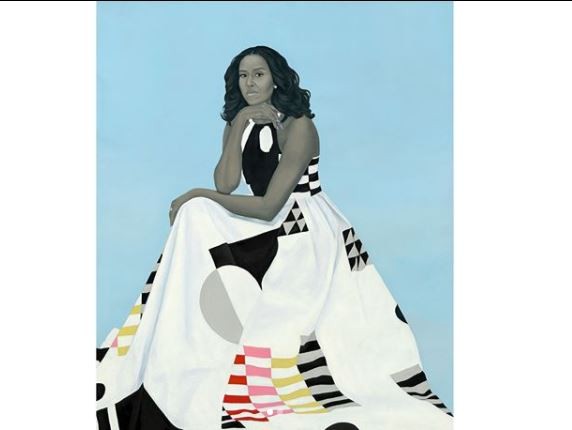 She wrote: ‘As a young girl, even in my wildest dreams, I never could have imagined this moment. Nobody in my family has ever had a portrait – there are no portraits of the Robinsons or the Shields from the South Side of Chicago. This is all a little bit overwhelming, especially when I think about all of the young people who will visit the National Portrait Gallery and see this, including so many young girls and young girls of color who don’t often see their images displayed in beautiful and iconic ways. I am so proud to help make that kind of history. But the fact is that none of this would be possible without the extraordinary artist and woman behind this portrait, @asherald. Thank you, Amy – it was a joy to work with you and get to know you.’
Kehinde Wiley has previously painted music figures such as the Notorious B.I.G., LL Cool J, Grandmaster Flash and the Furious Five, Michael Jackson, and more 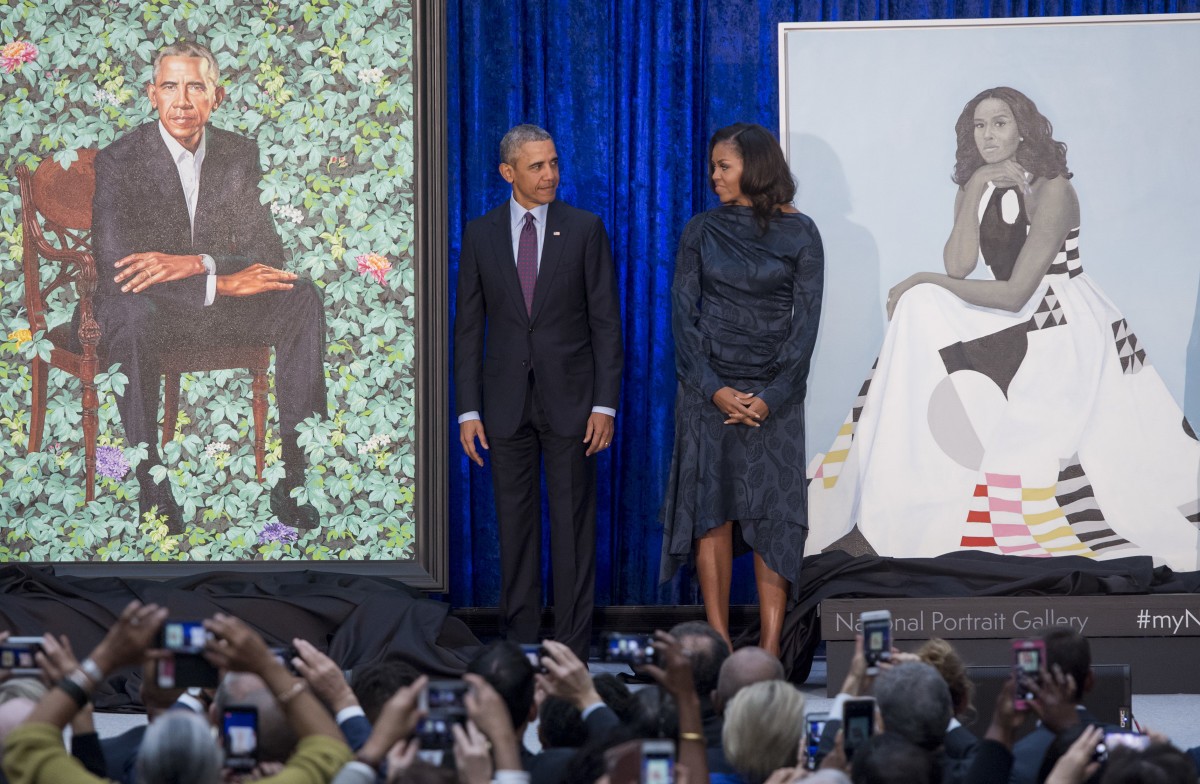